MBC’s “The Forbidden Marriage” has launched a romantic new poster!

Based mostly on the internet novel of the identical title, “The Forbidden Marriage” will star Kim Younger Dae as King Yi Heon, who falls deep into despair after the dying of his spouse and finally ends up prohibiting marriage in his kingdom. Seven years after the lack of his spouse (performed by Kim Min Ju), who was then the crown princess, he comes throughout a con artist named So Rang (Park Ju Hyun) who claims that she might be possessed by the late princess’s spirit.

Within the newly launched principal poster for “The Forbidden Marriage,” So Rang smiles sweetly as she poses cutely whereas linking arms with the stiff and upright standing King Yi Heon. Behind the couple are rabbits, cats, butterflies, and deers, which have all been paired off. So Rang and Yi Heon are additionally surrounded by floating hearts within the background, creating a stunning ambiance.

The manufacturing staff shared, “We tried to seize a Korean-style illustration in a novel manner for the principle poster. The rabbits beating rice with mortars, the cats sporting conventional equipment, the deers, and butterflies are all in pairs. Moreover, the underside is roofed with peonies which symbolize a contented marriage, contrasting with the title ‘The Forbidden Marriage’ and showcasing how even regulation can’t cease the sentiments of affection.” 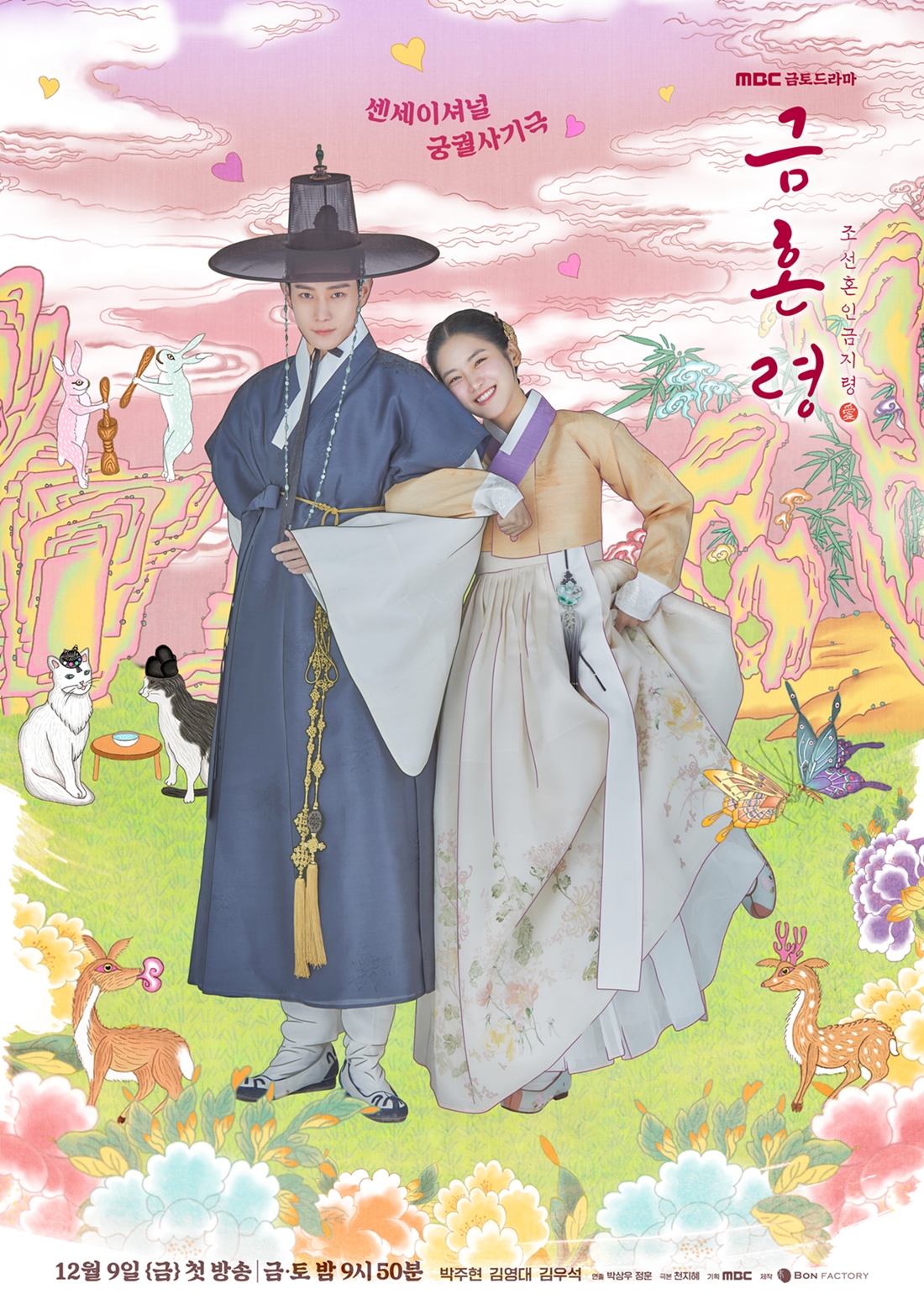 “The Forbidden Marriage” will premiere on December 9 at 9:50 p.m. KST because the follow-up to “Fanletter, Please.”

How does this text make you’re feeling?